Among one of the most important green, energy conserving measures done was the 60.25 kW roof-mounted photovoltaic (PV) array that, Solar-Ray, Inc. designed and was installed by DanBar Electrical. The system designed by Solar-Ray will use the solar panels to convert the sun’s light into electricity to power the building.

It will be the largest non-residential system in Lakeland Electric’s service area. The system is designed to produce 85,717 kWh per year, roughly 17% more than the building’s estimated energy requirements, qualifying this Community First Credit Union branch as both a Source ZEB and Emissions (carbon) ZEB, as defined by the U.S. Department of Energy. According to the DOE’s database that only lists seven in the country, this will be the first ZEB in the state of Florida. 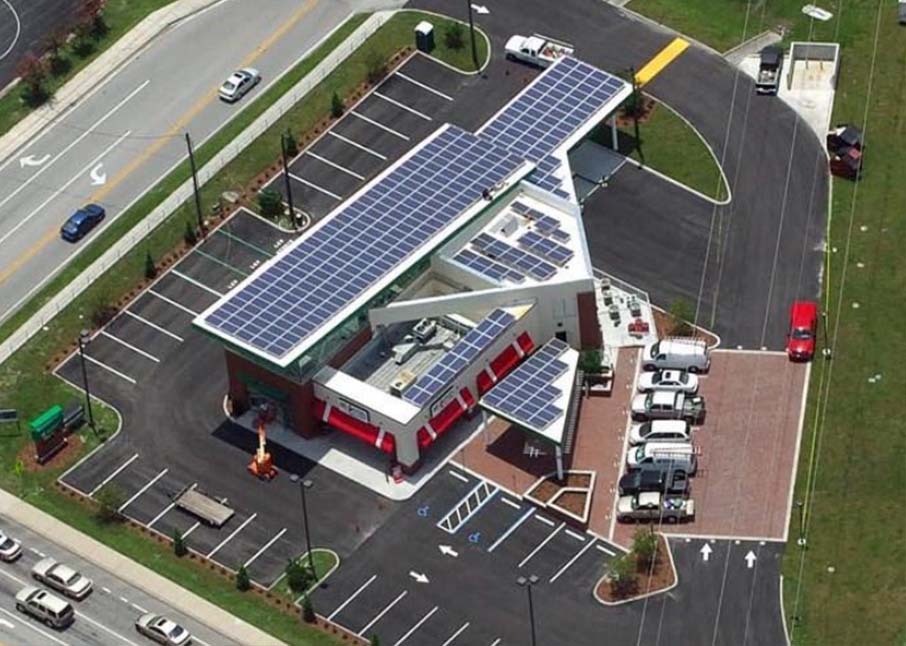 Looking for a Solar System?

Only Solar-Ray, Inc. has the experience and expertise to provide systems that often outperform rated power. All systems installed are fully permitted and have passed final inspections. Solar-Ray, Inc.staff includes Florida’s first certified contractor to qualify and receive the nationally recognized NABCEP Certification for Photovoltaics.

Lets See If Going Solar is Right For You

Fill out the form below for a free quote